There is nothing I respect most like Identity.  Having an identity in other words being original I regard it as important, something one can take pride in. Identity defines; gives a clear understanding of what one is all about. We identify ourselves by culture mostly on how we carry ourselves in a nonpretentious way.  It is about being yourself regardless of who accepts or rejects you.  Standing firm in what one believes is right or if I may quote, it is about "having a collective aspect of the set of characteristics by which a thing is definitively recognizable or known:"

In this case,  I am talking about identity in music which in my own opinion, I feel it has come to be something of the past.  It is quite hard to identify originality in music and far more even the voices of singers.
Every era comes with good artists, but hey, gone are the days of signature eras where musician had their distinguished style of music and vocals.  One could with no doubt identify the group of singers, in almost any music.  Since the 1990s, I noticed that music and voices became very similar hard to identify the artist/band.  It almost seems like the originality in terms of creating is the thing of the past. The industry almost gets away with versions more than composing originals.   On rare occasions, I used to confuse Erykah Badu and Jill Scott, but these sisters of mine are just cool!  But the Jazz genre on the other hand still managed to keep its identity and I love it!!!
Lately, I have been reminiscing in the old time Jazz music.  This music really inspires and gives me a good vibe as I go about my business in the house. 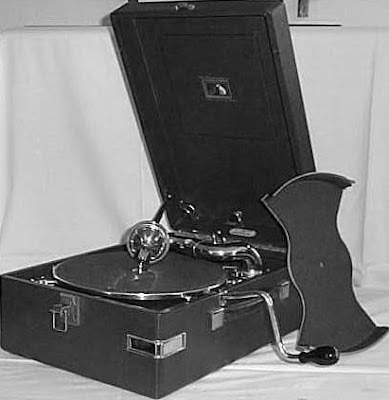 One of my favorite  Jazz singers is  Ella Fitzgerald also known as "The First Lady of Song".  Born April 25th 1917 in Newport News Virginia USA.  Her childhood was rather rough and very difficult after losing both her parents and sibling at a very young age of 15.
The young Ella 'a fighter' at just 17 decided her mourning period was over and it was time to move on with life.   She attend the amateur nights at the historical  Apollo Theater as a dancer but was unsuccessful.  The loud booing of audiences each night after her dancing attempts did not deter her mind to change her life.  She then decided to go for singing instead.  Her choice of song was her mother's favourite tune that she knew so well "Judy" by Hoagy Carmichael backed by a band and the rest was history.  The Star was born, not sure who had the last laugh then????   I could just see jaws dropping, tears rolling just like what happened to our very own Britain's Got Talent  Susan Boyle who like the late Ella, had the last laugh!!!! 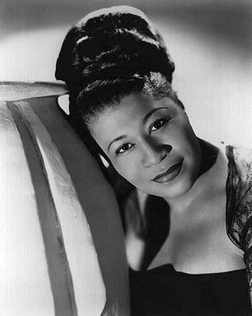 Ella the disputable singer, performed with other remarkable stars such as Sarah Vaughan, Billy Holiday, Luis Armstrong 'a toxic combination', Duke Ellington, Frank Sinatra, and the list is endless.  It is actually very hard to believe that Ella was a shy person off stage and away from people she knew well as she was described.

....... and here is The Unmistakable Voice Of Ella Fitzgerald 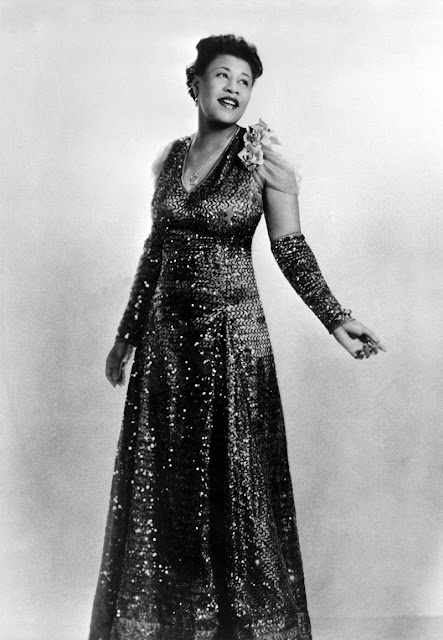 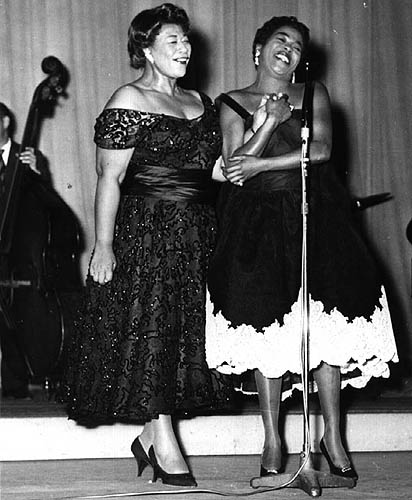 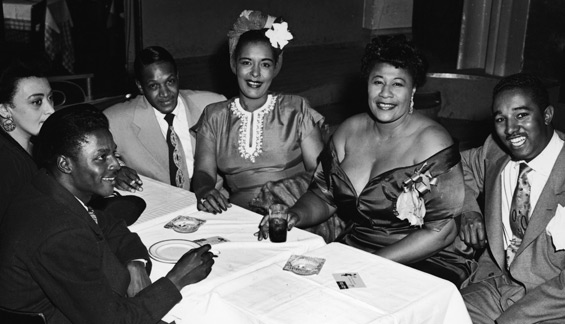 With Billy Holiday and friends 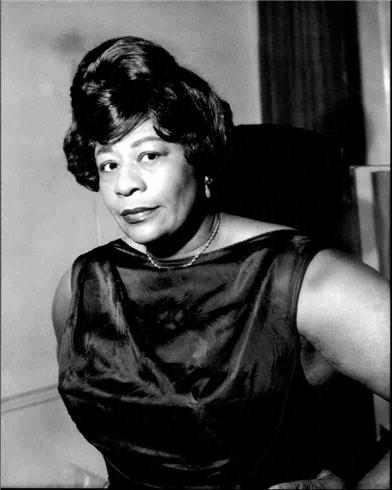 I first heard her through the gramophone!

Posted by AnnaLuks at Thursday, August 16, 2012 No comments: