If someone asks you very quickly to mention a popular tribe from Africa, I bet the Maasai will definitely be one of the answers.  Yes, the Maasai are among the most well known African ethnic groups, due to their distinctive customs, exquisite and exotic style.  In my own words, I call their style 'Static Vogue', simply because it is fashionable and timeless. 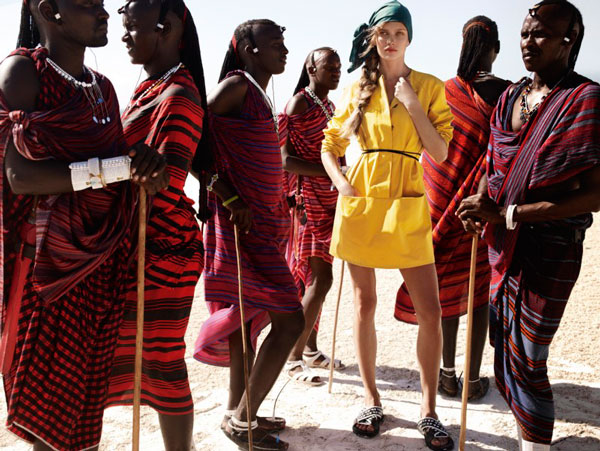 This tribe is partly located in Northern Tanzania, in the Arusha region (also known as the land of  Mount Kilimanjaro), and in southern Kenya. 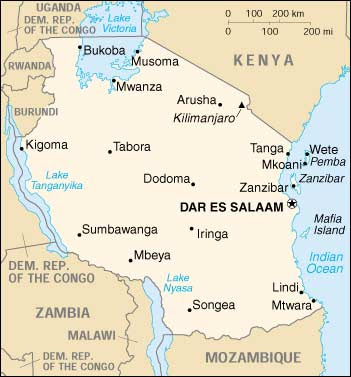 The Maasai have been without a doubt a source of inspiration to the fashion industry from magazine covers to fashion photoshoots. 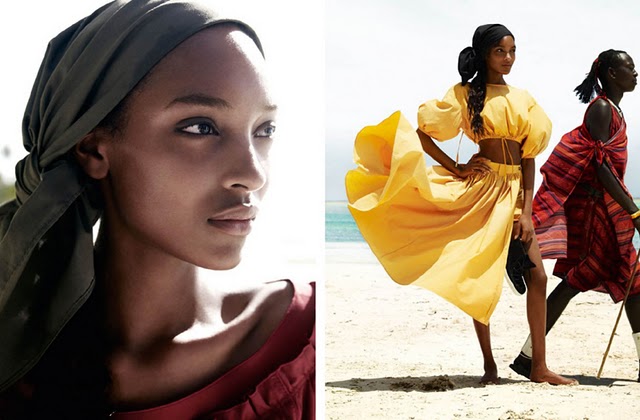 The Masai inspiration is seen on runways across the world with well known fashion designers, like Mathew Williamson, John Galliano, Thacoon, and many others.  Their traditional off shoulder cloaks and wraps define the word vogue to me, not to mention their use of vibrant colours of red, blue and all sorts of stripy and checked woven fabrics. 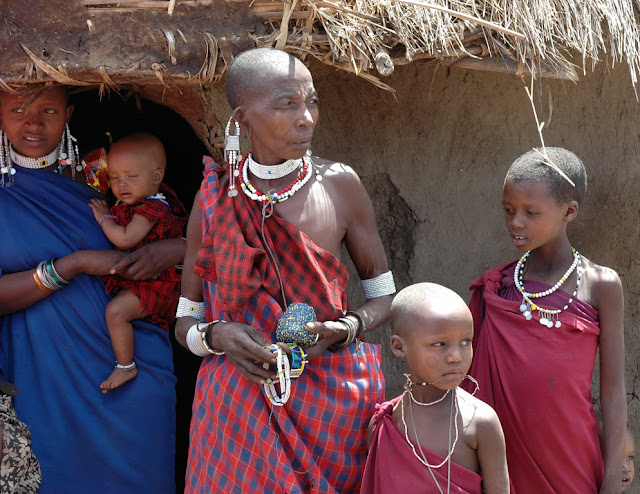 The young lady in blue only requires a pair of heels and she's set for the runway! 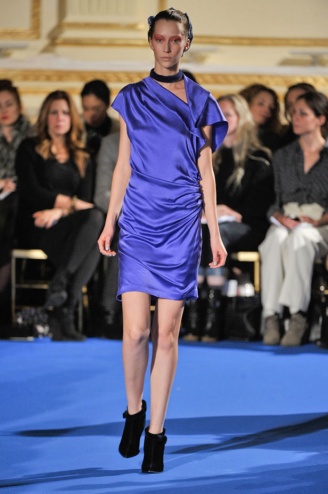 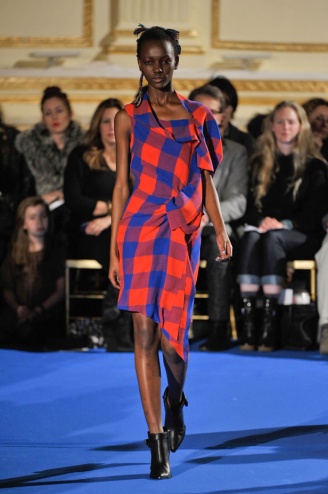 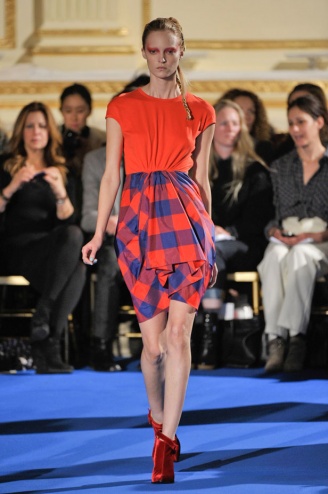 Maasai are also best known for their beautiful beadwork which plays an essential element in the ornamentation of their body both men and women. 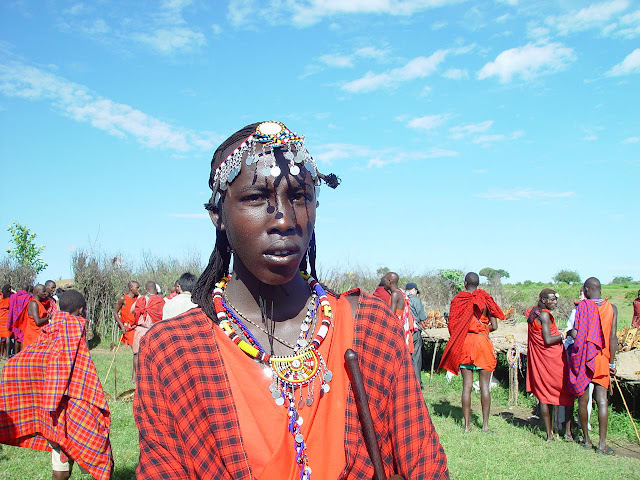 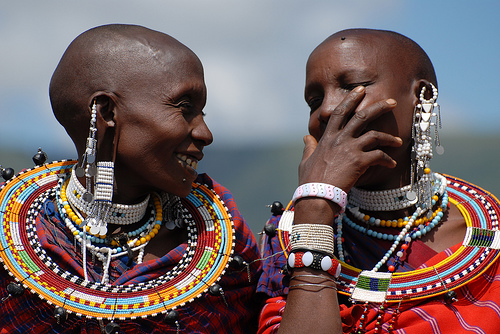 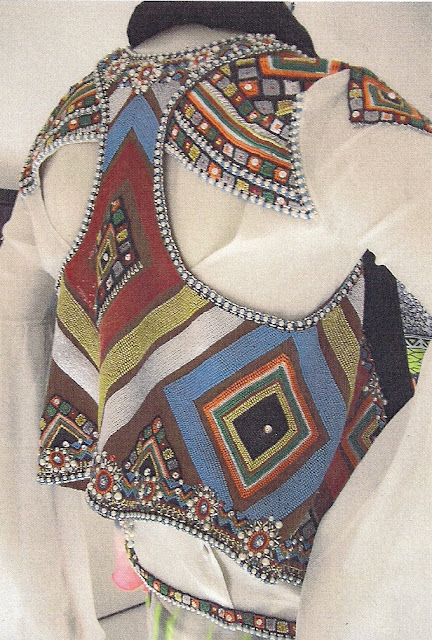 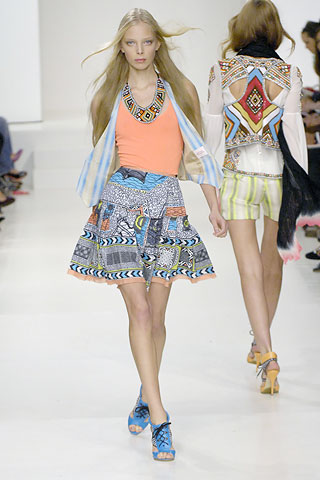 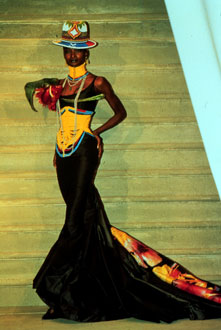 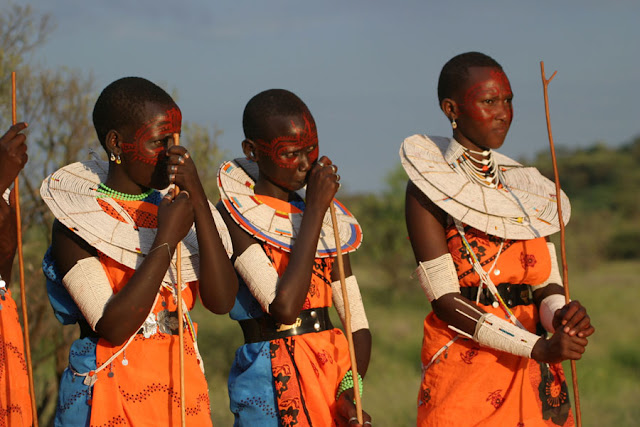 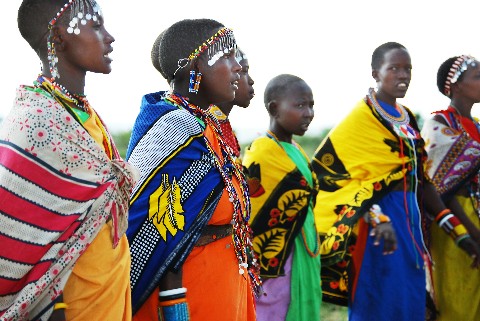