Jestina George is a Tanzanian model/blogger who lives in London.
Jestina is wearing a bodysuit made out of silk jersey fabric with Anna Luks original print from the Spring/Summer 2010 collection (Colour Explosion).

Wrapped in ropes as I have mentioned in my earlier posts, this collection was inspired by Japanese rope bondage. 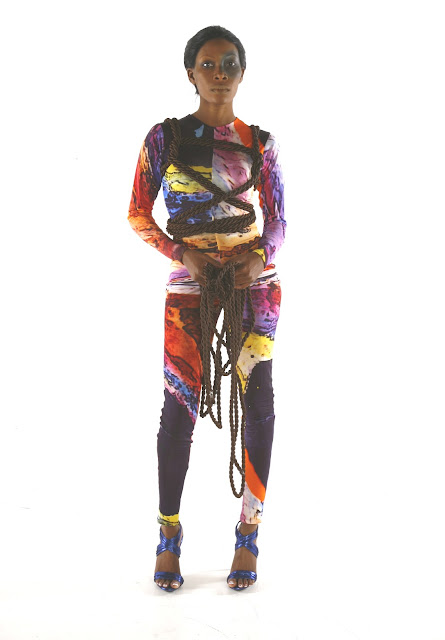 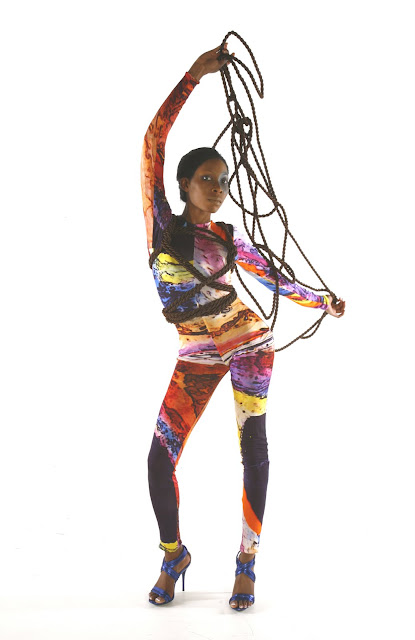 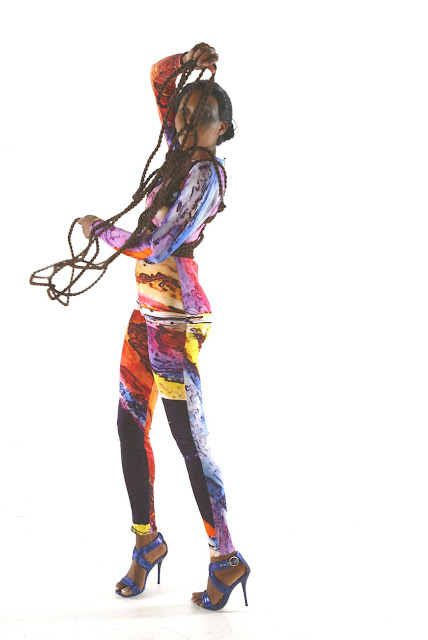 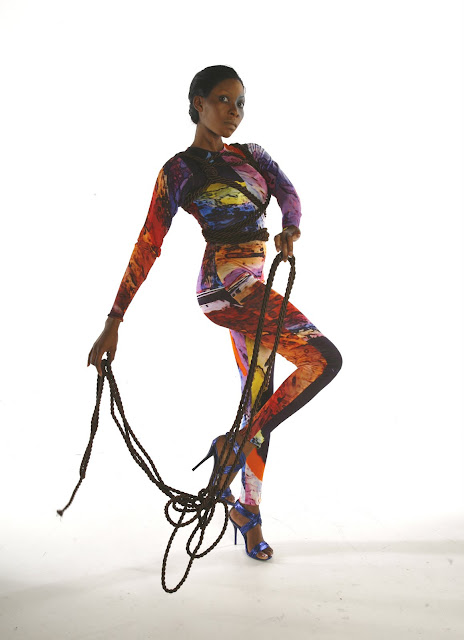 Jestina recently featured on the LGN Summer show which was held at the Alto Private Members venue in Central London UK on the 8th July 2011. 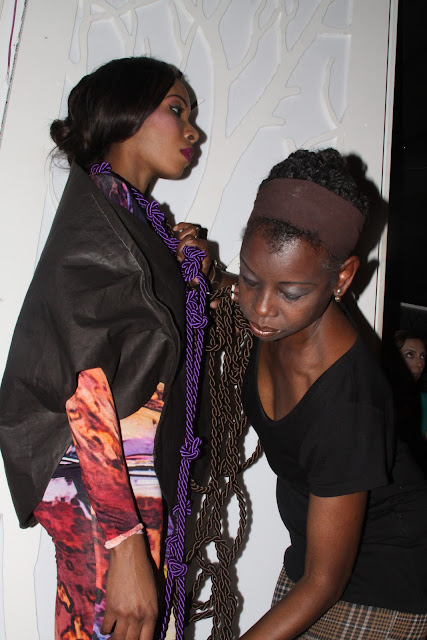 Jestina opened the Anna Luks catwalk with Anna Luks signature of prints and ropes after the amazing entrance that Jestina put up, she then made way for my new collection called 'Jungle Paradise'.
Photographed by : See Li 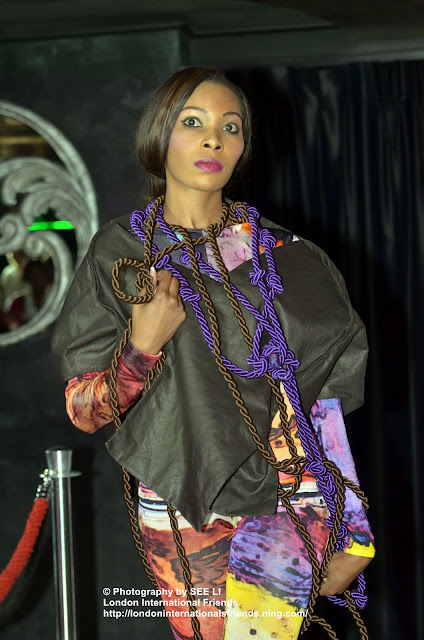 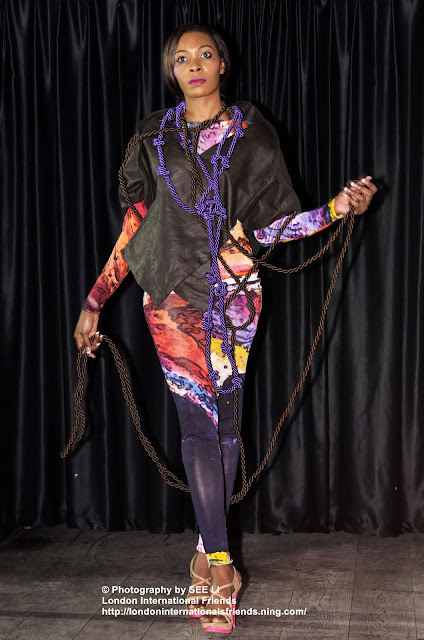 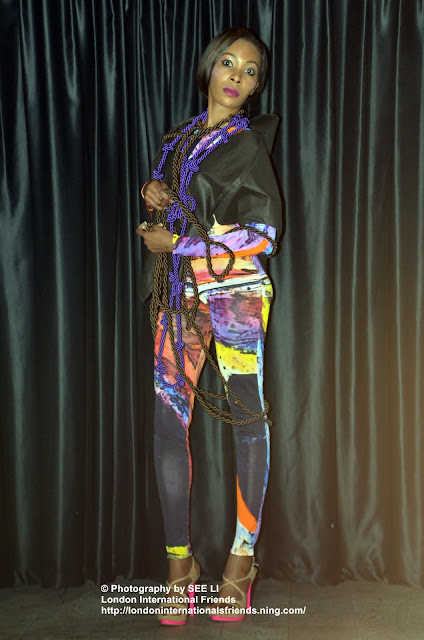 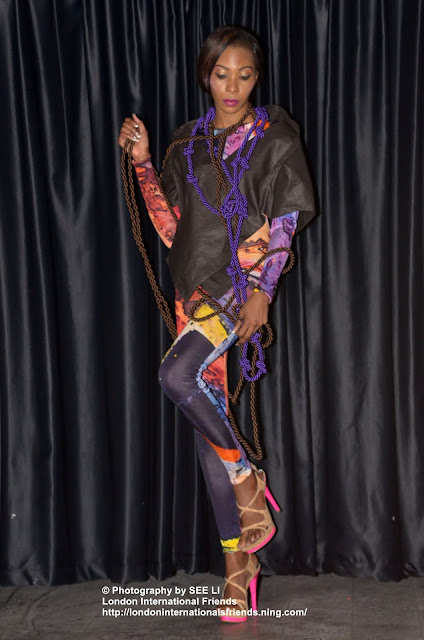 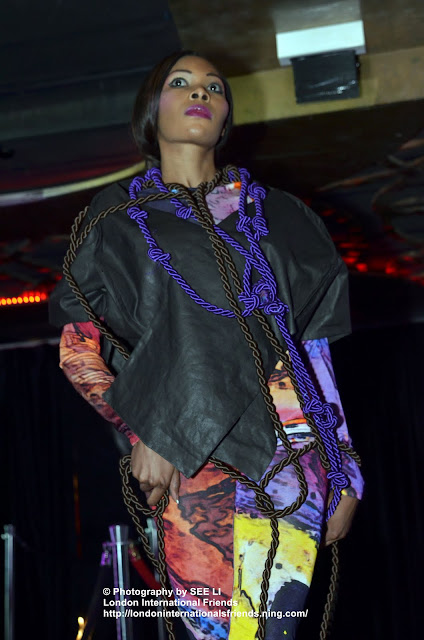 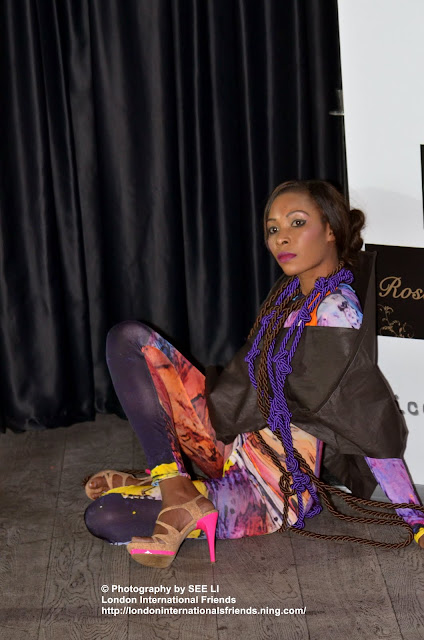 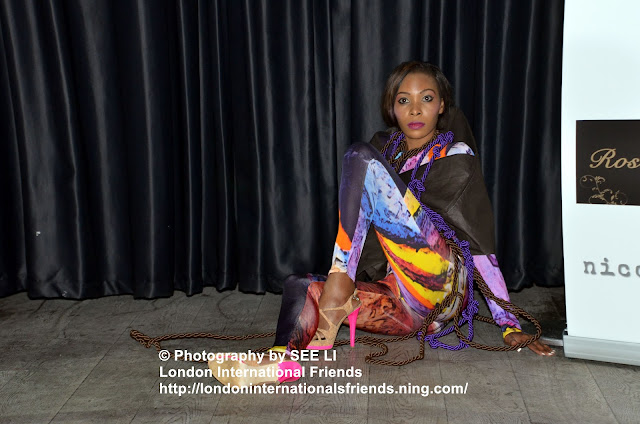 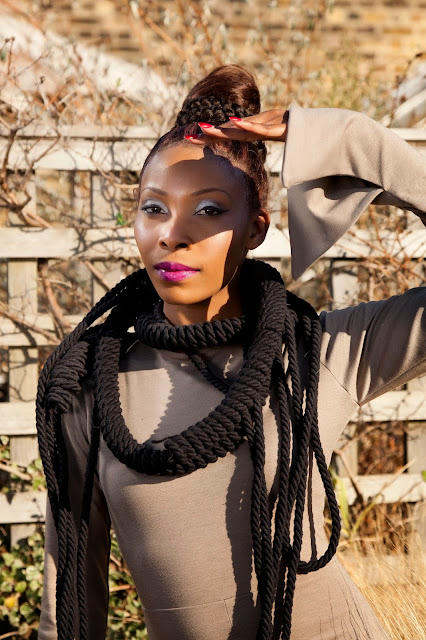 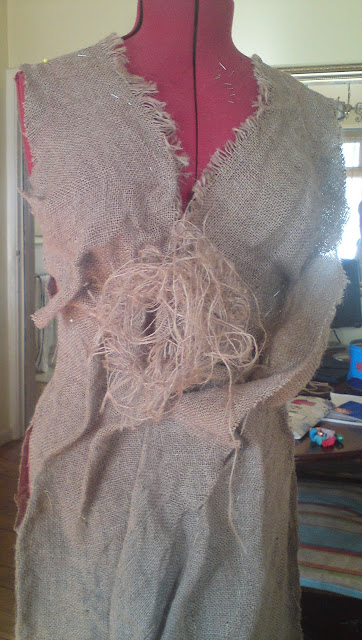 The burlap dress on the make 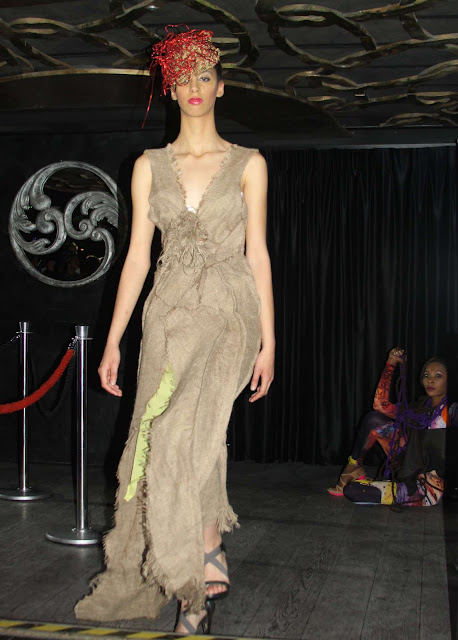 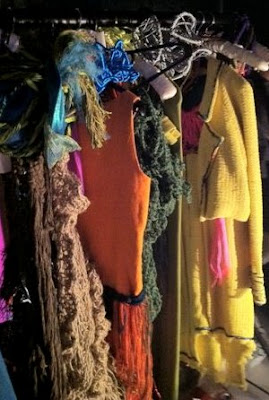