Tanzania women will be holding a meeting on Saturday 21st of May at 1300hrs.
The theme for this gathering will be "Women as Agents of Change", and all other matters concerning women, children as well as raising HIV/Aids awareness in our communities.
As usual, our gatherings are without shortage of light Tanzanian nibbles and drinks, a good place to mingle and meet other women from different backgrounds.  Please make sure you arrive on time.
Please confirm your attendance by Tuesday 17th by emailing tawauk@hotmail.co.uk 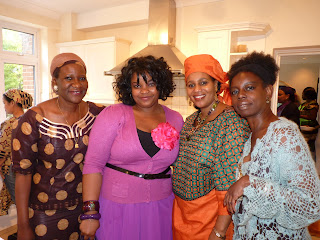 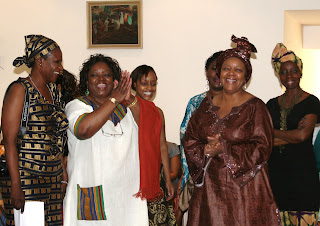 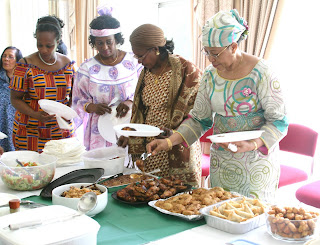 Thank you and see you there!
Posted by AnnaLuks at Saturday, May 14, 2011 No comments:

The word Khanga is a Swahili word for guinea fowl, which are common in Tanzania. Originally Khanga was designed and printed in two colours.  According to my research, Khanga did not have borders then the two borders were introduced on the shorter sides.  The face of Khanga then evolved as time went by before reaching this present stage.

Growing up with Khanga, without being told, I understood that there is more to this magnificent piece than meets the eye.  Khanga is a way of life in East Africa but mostly in Tanzania.  The cloth speaks a culture of silence.  The government and institutions use Khanga in all sorts of campaigns, be it political, educational, health or romance.  These campaigns are usually in form of images and illustrations; messages are portrayed in writings and in proverbs.

Of all Tanzania's traditional fabrics, Khanga is the most versatile.  Its uses range from wraps, shawls, skirts, loincloths, baby diapers, bedspreads, wall hangings, aprons, not to forget the main Swahili use which is a medium of communication.  Indeed Khanga is a wonder fabric, it represents art and beauty; it is a Swahili custom and is almost mythical. 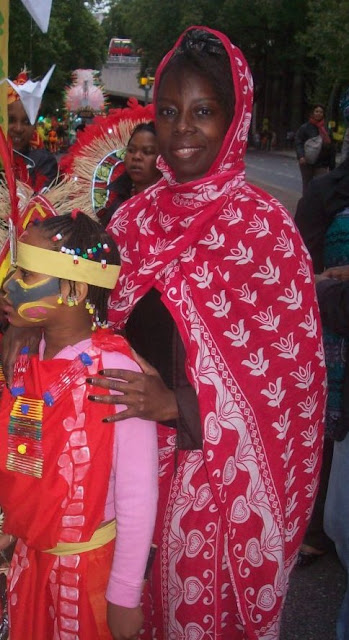 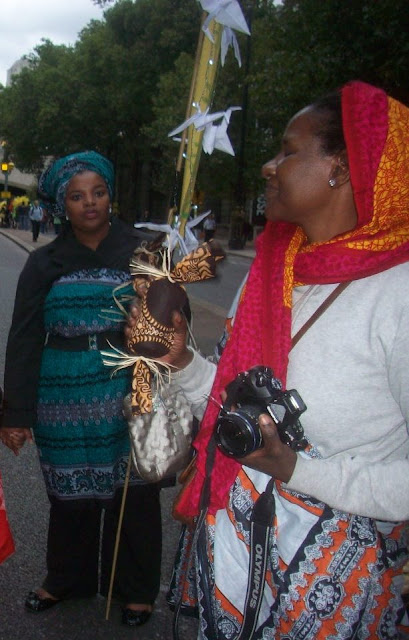 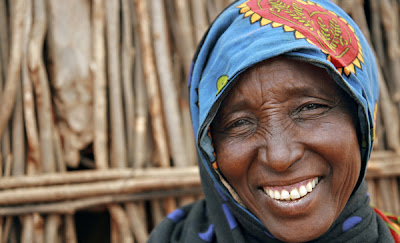 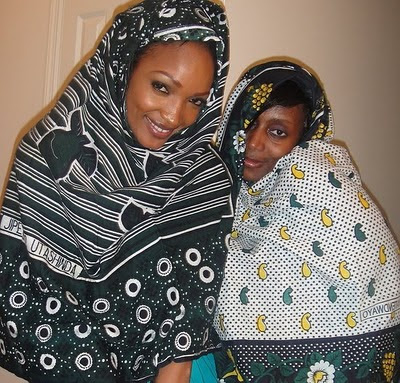 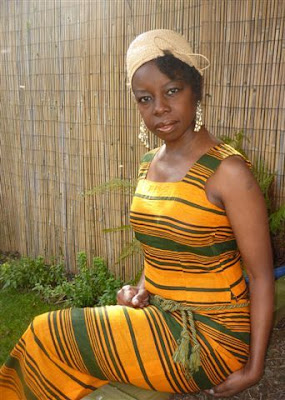 Tanzania is on the East coast of Africa and borders the Indian Ocean on the east side, with the Zanzibar Islands as part of her east region.  The inhabitants of this coastal area are known as Waswahili.
Khanga was invented on the East coast of Tanzania, then known as Tanganyika in the early 1800's. The idea came from handkerchiefs that were brought by Portuguese traders sailing on the East African coast stopping in Dar-es-Salaam and then Zanzibar harbours. At that time Zanzibar was the dominant Port in the region.  Portuguese traders brought handkerchiefs as part of their merchandise.  These handkerchiefs, also known as Leso, were very colourful.  The local women bought them, sewed them together to form Khanga.  Prior to Khanga, women wore black cotton cloth almost the same measurements as the Khanga.  Called Kaniki, this cloth was used as a form of attire. 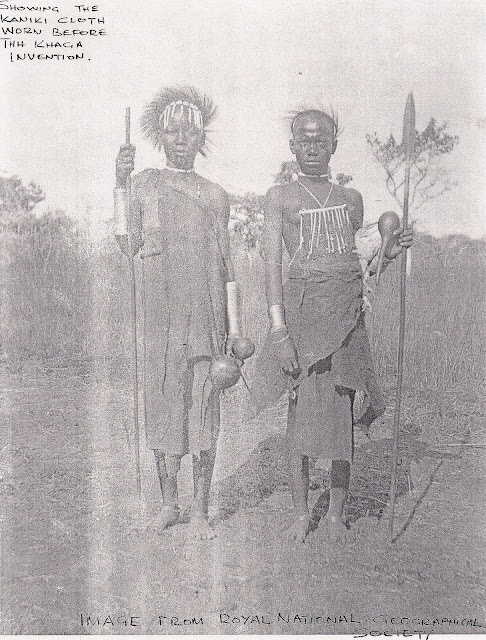 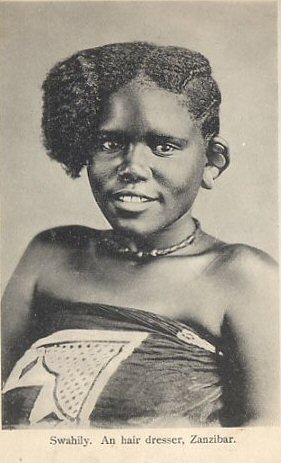 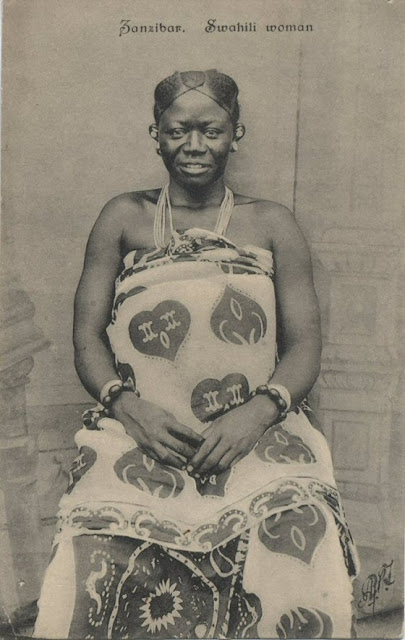 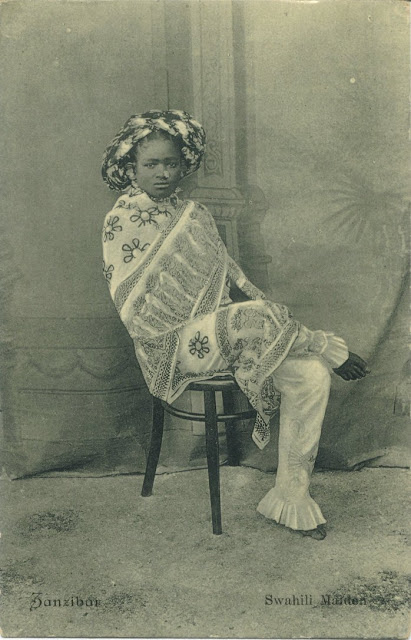 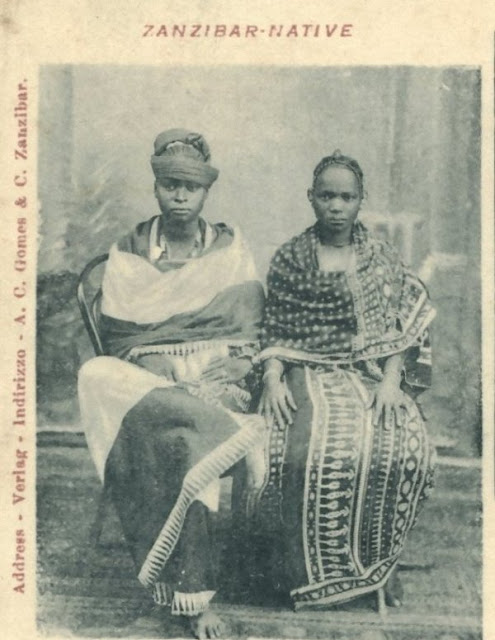 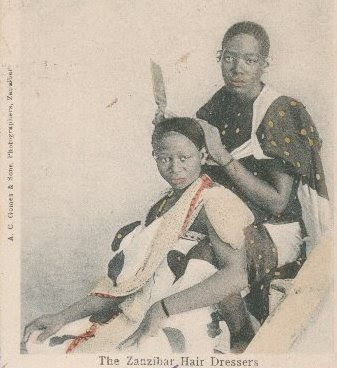 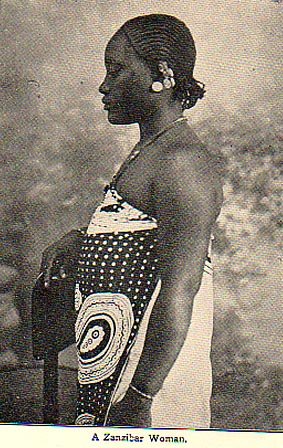 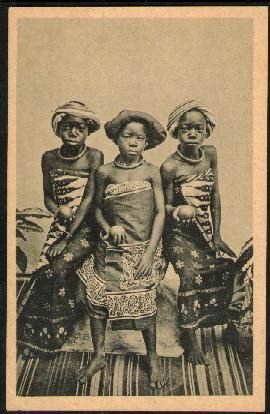 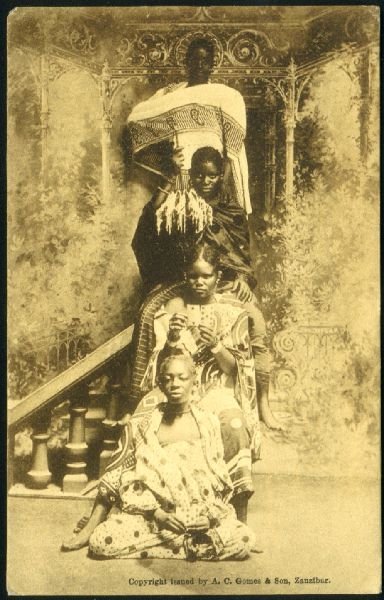 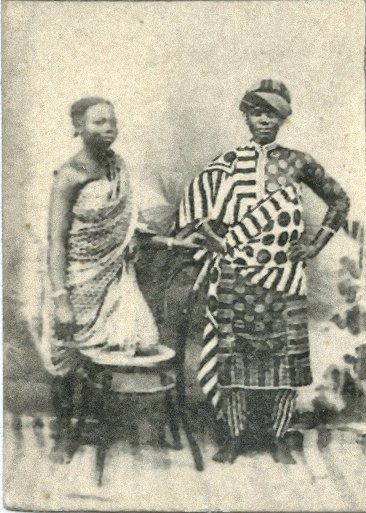 A strong and everlasting history of Khanga, its prestige and value, is known almost worldwide. The word has even been adapted in Brazil where Khangas are essentially beachwear. Khanga has indeed given East Africans a  strong identity and pride.
As a Swahili woman myself, I am proud to highlight or just scrape the surface of this subject.  (To be continued)